Midges and mosquitoes are a blinking nuisance when you camp in some areas. For some people, the bites last ages and get quite nasty.

Prevention is better than cure – and we’ve long recommended the Incognito range of natural repellents.

But if a midge, bee or horsefly gets through your protective armour, what next? 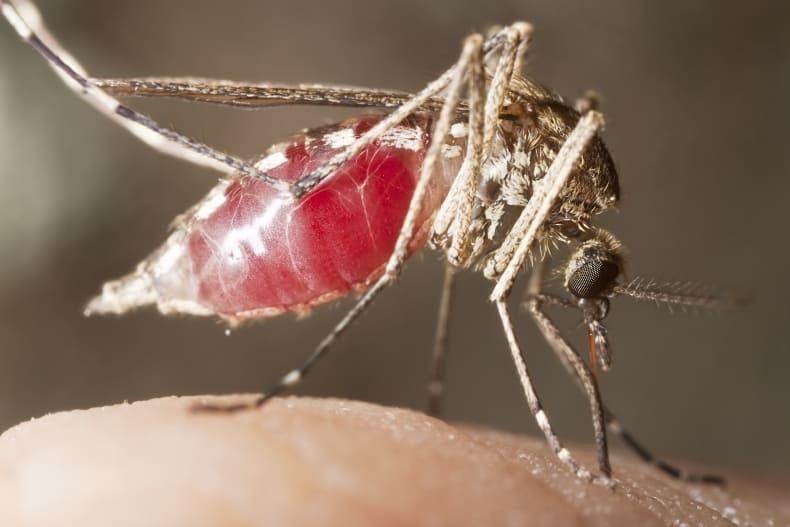 Hayden from Bite Away got in touch with us recently – and asked us to brave a few bites to test out his techy way to stop the itch, pain and swelling of a bite.

I have to say that the anti-itch creams I’ve tried in the past have been a bit useless, so we were keen to try – though also a bit anxious about putting ourselves in the way of marauding midges! 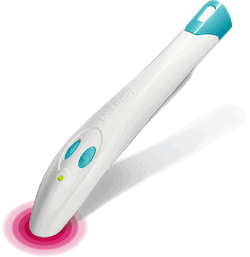 The battery operated device uses heat (no chemicals at all) to relieve the itching, and the makers claim they can relieve bites and stings from horseflies, wasps, bees, hornets and other biting insects.

Happily, there was some science to back up the claim. A study* found that in two minutes of using the device there was a notable reduction in pain from the sting/bite. After 10 minutes the pain had almost disappeared. In fact, the study (albeit from 2011) said Bite Away seemed to be the fastest treatment option available.

The scientific explanation for why it works is as follows: “Through targeting the pain receptors, an inhibition of the neuronal itch signalling pathway can be achieved, thereby decreasing the itch. It is believed that through the heat shock of the mast cells, the release of histamine and other inflammatory mediators are decreased. Swelling can be reduced as a result.” 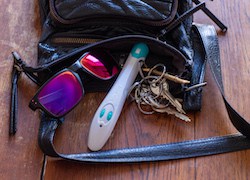 So, after goading a midge to have a drink from my arm, I followed the instructions.

I pressed the contact firmly onto the now-itchy bite, pressed the button and waited for the device to get to around 51C. Once at that temperature, it stays hot for three seconds and then switches off. You can use it again – up to five times in an hour – providing you leave at least two minutes between goes. 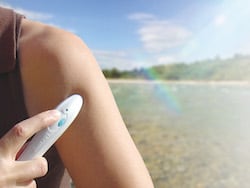 It was hot! Well, of course it was. That’s the idea! But I was a bit surprised and I wouldn’t want to terrify a young child with it. They do specify over-12s for self-use rather than helped by an adult.

The heat is over quickly, though, and I’d rather have that than a long-lasting itch or swelling. So, would I use this rather than a cream? It did seem to work for me and creams haven’t. If you want to avoid chemicals, then it’s a good bet. Unlike a cream, it doesn’t have a use-before deadline and it’s not greasy or smelly.

The real test will be against bee and horsefly stings, but I’m not planning on seeking those out on purpose. Just need to remember to keep the Bite Away in my bag just in case. 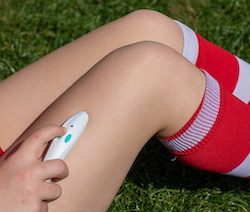