If you're thinking about getting serious about camping, you're going to want to get yourself a camping stove. You generally have two options when it comes to camping stoves; you can get either a butane stove or a propane stove. But which one is actually better to use for camping purposes?

Today, we'll be going over everything you need to know about butane and propane fuel for camping, and explaining what the differences between these two fuels are and what situations you might prefer to use one over the other. 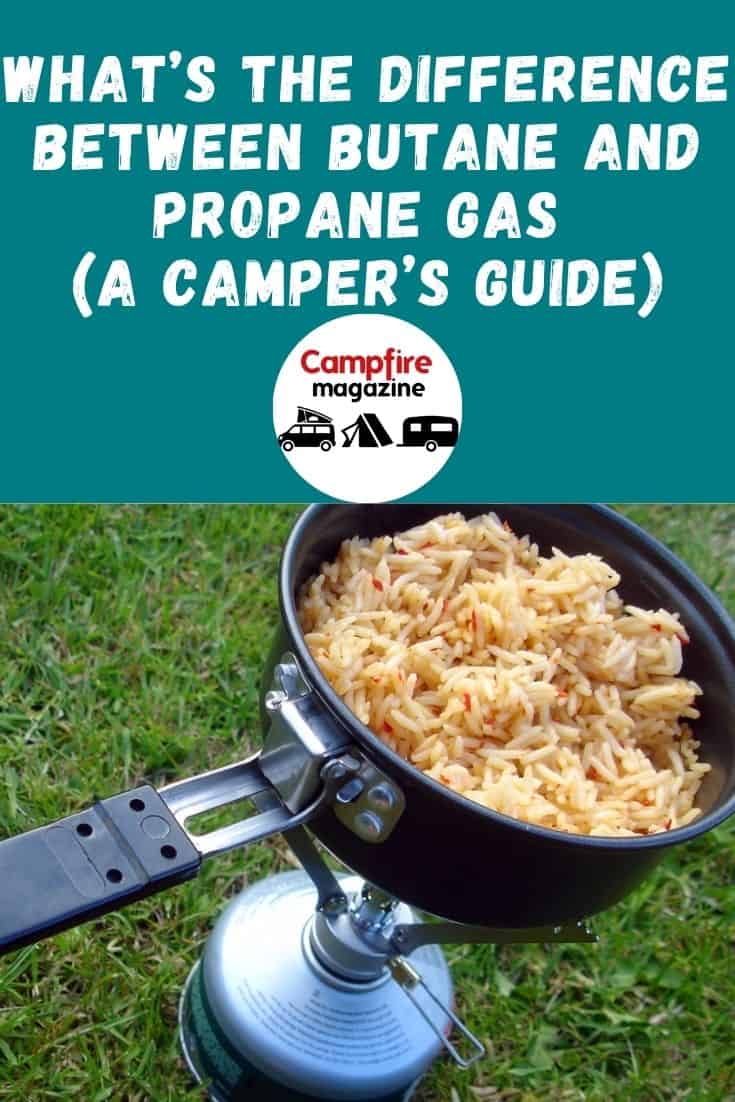 Table of Contents
1
Butane vs. Propane
Butane
Propane
2
Which One Is Better?
3
Usability
4
Efficiency and Temperature
5
Cost and Availability
6
Storage

Before we go over the differences between these two types of fuel, let's talk a bit about their similarities. Both butane and propane are a type of liquefied petroleum gas (LPG). They're made in largely the same way, and both types of fuel are popular among campers because they're both fairly energy-efficient and easy to carry around.

Both of these fuels are made in similar ways, too; they are both byproducts made from refining natural gas, which is the same process that also creates gasoline, diesel, and kerosene. Both of these fuels also come in the form of compressed gas and need to be stored and transported in special tanks.

So what exactly are the differences between these two types of fuel? Let's go over them now.

Butane, or C4H10 if you're referring to it by its chemical formula, is a type of fuel commonly used in a wide variety of applications. Aside from being used as camping fuel, butane is often used for stuff like cigarette lighters and Tiki torches.

There are actually two types of butane that you'll typically encounter; n-butane and isobutane. These two varieties of butane have different chemical structures, which mainly affects their boiling points; n-butane has a significantly higher boiling point than isobutane. Also, isobutane is odourless, while n-butane smells a bit like gasoline.

On average, though, the boiling point of butane is around 23 degrees Fahrenheit or so. 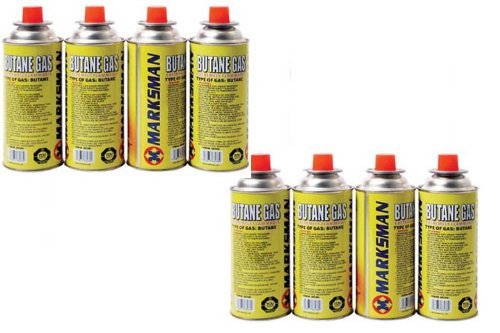 Propane, also known as C3H8, is pretty similar to butane in terms of its appearance and smell. Propane is used in a wide variety of applications; it's perhaps most commonly used as barbecue fuel, but it's also often used to heat homes, and nowadays it's even being used to power vehicles like buses and taxis. 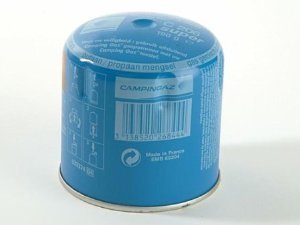 Which One Is Better?

In the end, the right kind of camping fuel to use is going to depend on a few things, including your budget and the kind of camping conditions you'll be in. You should also consider how you're going to be storing your fuel, as certain types of fuel fare better in certain storage conditions.

Here's what you should keep in mind when deciding whether to bring along butane or propane on your camping trip:

If what you're most concerned about is being able to use your fuel in any weather conditions, you're probably going to want to go with propane. Because propane has a much lower boiling point than butane, it will remain in its gaseous form even at very low temperatures.

Fuel in a gaseous form burns a lot more easily than fuel in a liquid form, so maintaining the gaseous state of your fuel is pretty essential if you want it to burn reliably.

On the other hand, butane is a bit better than propane when it comes to fuel efficiency. If you were to burn the same volume of butane and propane fuel in the same temperature conditions, you would get about 12% more energy from the butane than you would from the propane.

This means that when using a propane stove, you'll have to refuel a little more often than if you were using a butane stove. Because of this, if you're trying to travel light, butane might be the better choice as you'll be able to get the same amount of energy from a smaller amount of fuel.

That being said, most camping stoves only produce temperatures of around 400 degrees Fahrenheit, so the maximum temperature at which these fuels can burn doesn't really matter too much in either case.

Obviously, the cost of each kind of fuel matters, especially if you're intending to buy a large amount of it. Butane is the cheaper fuel in general; by volume, it costs less to buy than propane, and because it burns more efficiently it lasts longer too.

The downside of using butane, however, is that it's not quite as easy to acquire as propane. Chances are you probably live near somewhere that will take your empty propane tanks and refill them, but finding a place that does the same with butane is not nearly as easy.

If you need more butane, your best bet is probably just going to be to look for some more pre-filled butane canisters.

Finally, the last thing you should consider before deciding what kind of fuel you want to buy is how you intend to store it. Depending on the storage conditions that are available to you, it might be more feasible to use one type of fuel than the other.