Walking feels like something that we’re all so used to, it’s hard to imagine a time when humans didn’t walk. But it’s true; many moons ago, we moved around in different ways and the concept of walking upright on two legs was a long way off.

Nowadays, humans walk as a means of getting from A to B but also as a hobby. Where you’re hiking on nature trails, doing Nordic walking or even taking a gentle stroll through the local park, walking is an enjoyable and healthy pastime.

So, where did it all begin? Let’s discover the history of walking, who invented it and how long we humans have been doing it. 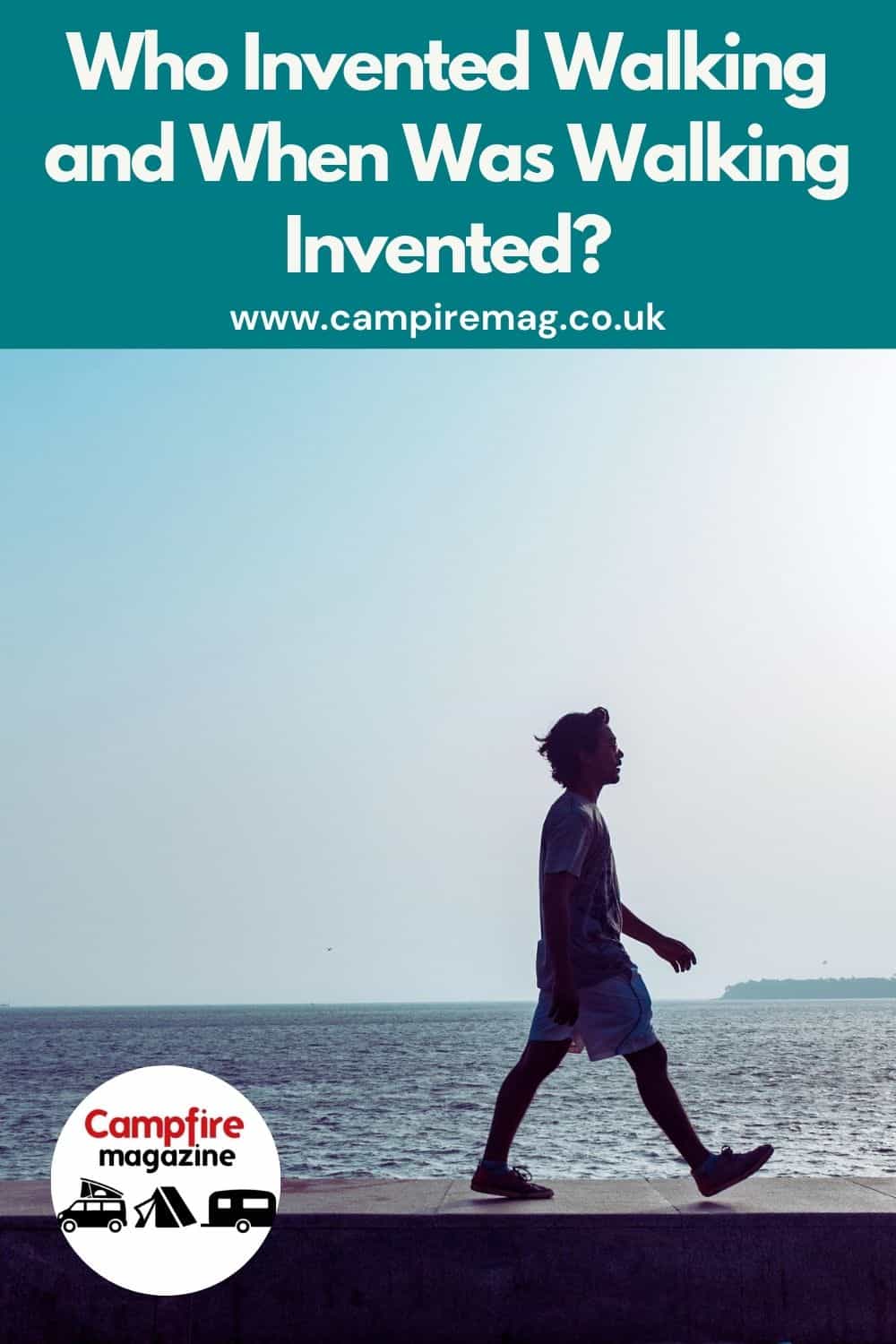 Table of Contents
1
The History Of Human Walking Through The Ages
2
When Was Walking Invented As A Sport?
How Far Should You Walk For Fun?
The Importance Of Good Footwear
3
Conclusion

The History Of Human Walking Through The Ages

Humans are bipeds, this is a scientific term that refers to species that walk on two legs. We’re pretty unique when you think about it as it’s far more common to see creatures walking on four legs. In fact, while we have a very close relation to apes, humans are the only bipedal species of ape and this is because we have shorter arms and an extra curve in the spine that allows us to stand upright.

But this wasn’t always the case. Humans would have walked on all fours at some point in history. It is believed that we developed our two-legged form of walking so that our hands could be free to do other things. This not only helped us physically but also allowed for further development of our cognitive skills, improving the complexity of the brain.

Millions of years ago, it’s thought that creatures very similar to humans were able to walk on two legs, using their hands for hunting and gathering. As humans have developed, we haven’t kept walking as purely a practical activity but have developed various sports and used it as a hobby. But we’ll look at that in more detail later on.

According to research, it’s believed that humans began walking anywhere between three and six million years ago. There have been fossils discovered that have shown how humans developed, starting by jumping from tree to tree in a manner similar to modern apes and moving through various ways of getting around until they stood upright on two feet.

Fast forward through time and there were even more developments in walking. While our prehistoric ancestors may have created the idea, the more recent Roman empire used walking as a way of measuring distance. Did you know that it was the Romans that invented the mile? They did this when they realised that roughly 200 steps was equivalent to one mile.

This led to further ancient research where Romans tried out different styles of walking to test how quickly humans could move. This was largely done to show off their abilities and included things like power walking and speed walking.

Afghan walking was also developed around this time which is a form of walking that involves using rhythmic breathing as you move. This style is thought to have been invented by caravanners. The technique is believed to have allowed them to walk as far as 37 miles a day; far more than the average human of today could manage. 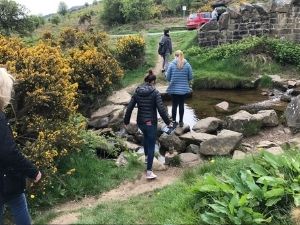 When Was Walking Invented As A Sport?

As we have already discussed, the Romans were responsible for the idea of competitive walking and came up with a number of styles. At this time, people really got into the idea of walking for sport and this allowed them to show off what they could do.

You may be familiar with the Roman Emperor, Hadrian who used walking as a training activity. He would don all of his battle armour and walk for a steady 21 miles every day. That’s a pretty remarkable feat!

There were various developments over the years where walking as a sport was concerned but the real action happened in the 1860s. In both Europe and across the pond in the United States, people began taking up long distance walking as a competitive sport. What’s more, if you took part, the chances were that you’d be well rewarded with a good wage. Alternatively, people would take part in lengthy walks as a way of raising money for charity.

What’s great about walking as a sport is how good it is for you. Whether you’re taking part in professional competitions or just going out with a group of friends at the weekend for a hike, your body will thank you. According to research, walking is one of the most important first steps in improving cardiovascular health. But it has a whole range of other health benefits including lowering stress levels, improving lung function and strengthening bones and muscles. 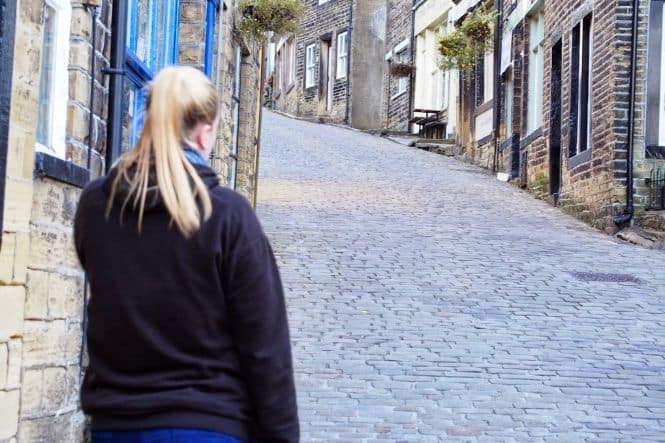 How Far Should You Walk For Fun?

You’ve likely heard all the hype about making sure to get your 10,000 steps in every day. Some people think that this is nothing more than a sales ploy from the likes of companies like Apple and FitBit but that’s not the case. Walking at least four miles a day is known to improve your fitness levels. You don’t have to go out on a long distance walk everyday; a short 30 minutes stroll coupled with getting up and moving every hour is sufficient.

That said, there can be too much of a good thing and it’s recommended not to walk more than 20 miles a day. This applies even if you are training for competitive events. This is because once you pass that threshold, there is a higher chance of sustaining an injury. Then, you will be off your feet altogether so it’s best to do things in moderation.

It is possible for a human to walk 20 miles and not stop. Of course, you’d need the right level of fitness and most average people would need to stop for a break and something to eat and drink. If you’re training for professional events, it’s a good idea to start off lightly and gradually build up your distance over the course of a few weeks.

The Importance Of Good Footwear

In the early days of walking, humans did not have access to the type of footwear we have today. Instead, they would wrap pieces of cloth around their feet. Of course, we’ve developed and evolved a lot since then and better understand the importance of good footwear. Soles have gotten thicker to protect and support the feet and a range of features can be seen in walking shoes such as breathable materials, waterproofing, cushioning and much more.

While it can be tempting to think that any type of footwear will see you  through a casual walk, that’s not the case. The type of shoe you opt for can dramatically impact your gait, especially over time. The way your feet move also directly impacts the rest of your body so to avoid strains, discomfort and potential injury, you need to start at the ground and choose suitable footwear.

One of the most important things is to choose footwear with a good fit. A flat shoe is also preferable for walking although there are some foot conditions that might require a slight heel but this is something you should talk to your GP about.

It’s also a good idea to remember that not all shoes are suitable for all types of walking. For example, if you’re heading out on a rugged trail, you’d opt for sturdy walking boots whereas for a light jog on even ground, lightweight running shoes are the ideal choice.

Walking is something that many of us take for granted but there’s an interesting history behind how humans began walking. This history dates back as far as six million years when our ape-like ancestors began to move from four-footed walking to two-footed walking. Of course, this happened over time and as humans have developed, we’ve turned walking into much more than just as a means of getting around.

Competitive walking and walking as a hobby are incredibly common and the great thing is that this is a brilliant exercise and comes with a wide range of health benefits.