Fish is a versatile and healthy meal option and there are so many types to choose from. But one of the problems that a lot of people find when it comes to choosing the best tasting freshwater fish is that it’s not uncommon to stumble upon a bad catch. 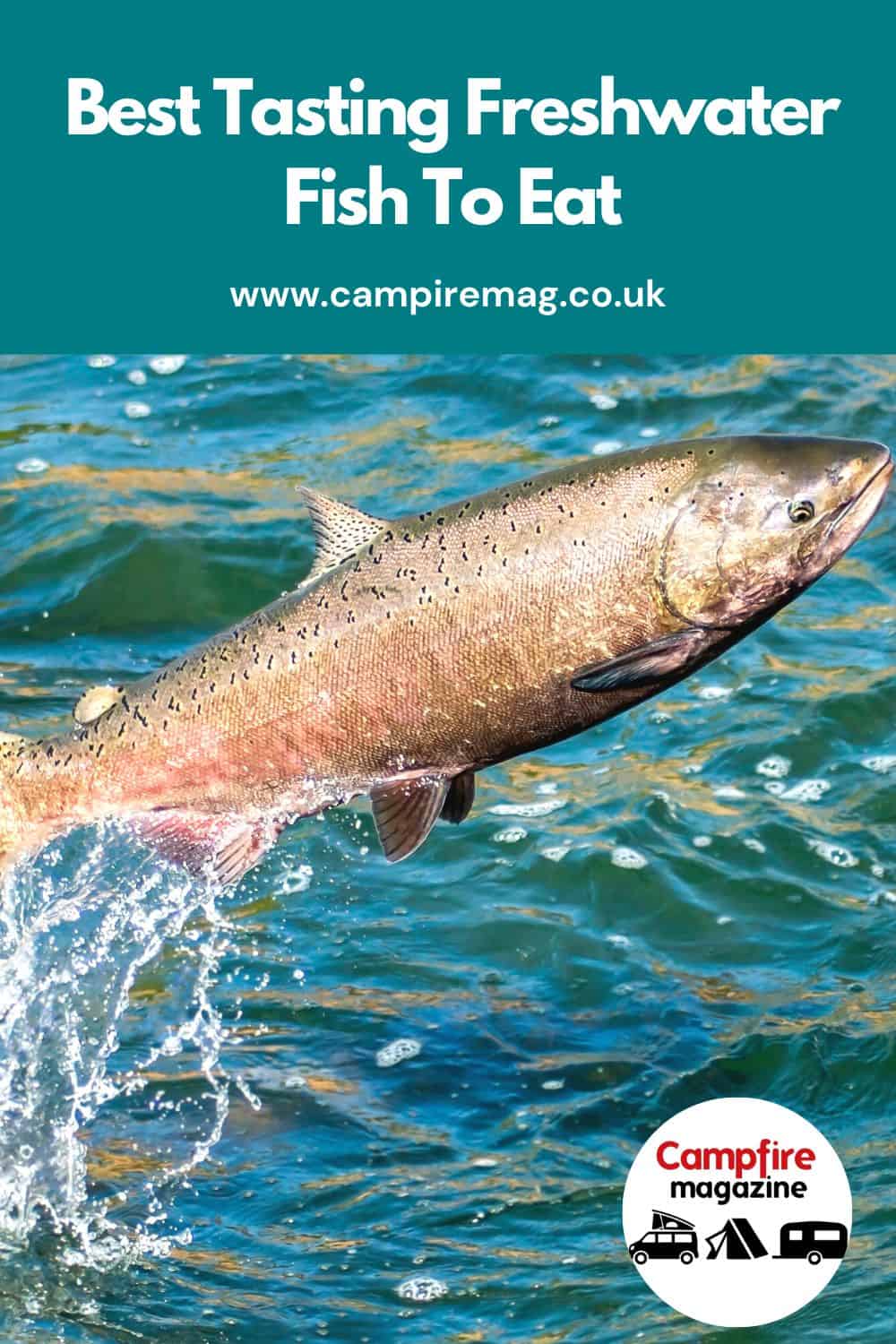 Of course, if you buy from a reputable fishmonger then you’re likely to get the very best produce. But even the freshest, juiciest fish might not be the tastiest if it isn’t the right species. To help you make the most delicious meals, we have put together this guide on the best tasting freshwater fish.

When you think of freshwater fish, trout may be one of the first that springs to mind. It is a very popular type of freshwater fish and there are several different types. What’s great is that trout are found all over the world so no matter where you are fishing, or where you are buying fish, you will be able to get your hands on some. Plus, it’s a brilliant source of low fat protein!

If you want a very large fish, then lake trout is the one you should go for. Out of all the trout species, this one is by far the biggest with the largest specimens weighing up to 60 pounds. In the Great Lakes of the USA, there never used to be any trout but owing to the need to control populations of smaller fish, they were introduced some years ago. Naturally, lake trout prefer to live in deeper water. The fish is delicate and incredibly tasty.

Most people will have heard of rainbow trout and they’re incredibly common. These fish are native to North American but were introduced to UK waters at the beginning of the 20th century. Normally, you would find them in slow moving streams and rivers especially where there are lots of crustaceans and insects as these form a staple part of the rainbow trout’s diet.

What’s great about the rainbow trout is that it is so versatile when it comes to how you eat it. Many people agree that the flavour is really brought out by accompanying foods like vegetables and rice. Rainbow trout also goes very well with pasta dishes.

The brown trout is native to Europe however, there have been a lot of sightings over in parts of the United States. Again, these trout prefer areas of slow moving water and can also be found in lakes. Unlike some other types of trout, they are happier in the shallows as this allows them to more easily find insects and other sources of food.

If you don’t like overly fishy fish then brown trout might be a good option for you as it has a very mild flavour.

For people with an even more sensitive palate, brook trout is a great alternative since its taste is even more delicate than that of the brown trout. They are also a much smaller fish with many only weighing around 2 pounds.

But while they are incredibly delicious, brook trout aren’t actually a typical trout species and may be more closely related to the salmon. This is owing to the lack of scales which are present on all true trout. In any case, they’re definitely one of the tastiest freshwater fish out there. 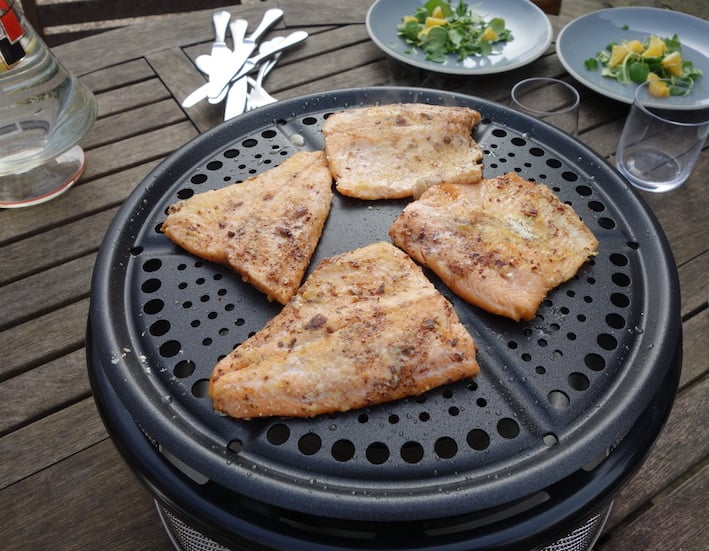 If you are fishing around a warm water lake then you may come across bluegill. These fish prefer clear waters and what’s great about them is that they are very low in fat. Some fish, like trout, have much more fat and can have an oily taste. Some people don’t mind this while others find it off-putting; it’s really a matter of personal opinion. But if you don’t like oily fish, it might be worth giving bluegill a try.

The flavour is pretty delicate and they’re quite versatile in how you can cook them but most would agree that baking or broiling are the best methods. When you bake or broil bluegill, you end up with a relatively sweet flavour that really compliments stronger flavours like garlic so you get an excellent balance.

There are a lot of people that would agree that catfish has a very distinct taste. While this is delicious on its own, most chefs prefer to blend it with a range of spices to really enhance and bring out the flavours. If you’re looking for a truly tasty freshwater fish then this one is up there with the best!

Catfish live in a variety of bodies of water including lakes, rivers, ponds and even swamps. If you are fishing for them, you have to be careful as their fin spines contain venom and if you don’t know what you’re doing when handling them, this could be dangerous. In this case, it might be better to head to your local fish counter.

Much like other types of freshwater fish, catfish can be prepared in a number of ways. They’re excellent baked or fried and some people even swear by boiling them. However, you have to keep in mind that, whatever method you choose, you will need to make sure to remove all of the little bones prior to cooking.

Just like the trout, there are several different types of bass so depending on where you are, you may fish for any of these. All types of bass enjoy living in areas with a lot of vegetation whether this be a stream, river or a lake.

Regardless of the type of bass, you will notice that the taste is very rich and some would say, luxurious. It’s a favourite of many people when it comes to freshwater species. What’s more, you can cook bass in a number of ways from grilling to baking and broiling as well as frying which is what most chefs would opt for.

Salmon is another species that most people think of when asked to come up with a freshwater fish for eating. What’s great about salmon is how healthy it is since it contains high levels of omega 3 fatty acids as well as vitamin D and protein.

The meat is very easy to distinguish with its light reddish/orange/pink colours. That said, there are some salmon whose meat takes on more of a white hue. Generally speaking, an average salmon will weigh in at around 7 pounds but the largest ever was an Atlantic salmon that weighed a whopping 60 pounds. But that was back in the late 1800s.

Salmon has a mild yet rich taste and is slightly more oily than other fish like bluegill, for example. It can be fried, baked or broiled and pairs well with other flavours giving you the opportunity to create a wealth of dishes. 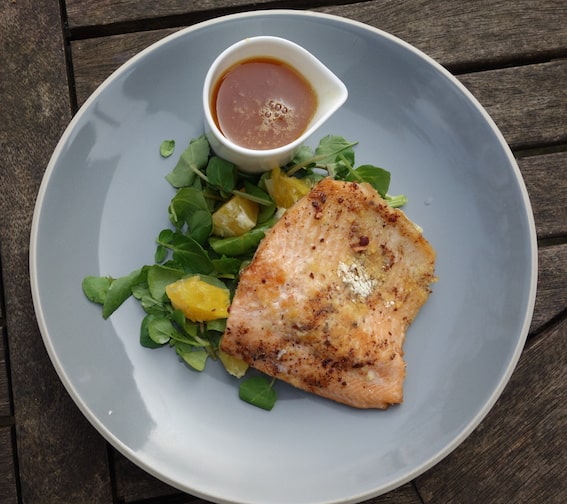 In the UK, you will normally find perch in lowland bodies of water and these fish often swim in shoals. What’s great about perch is that it is bursting with nutrients including protein, iron and calcium so it’s extremely good for you.

There are lots of ways you can cook this tasty freshwater fish but most simply, cooking it in olive oil or butter will really bring out the flavour. Add a little lemon juice once cooked and you’ll enjoy a delicate yet satisfying taste.

Crappies are a type of perch known as white perch and these have a very sweet flavour and extremely tender meat. Crappies are much smaller fish that don’t typically grow to more than around 2 pounds and five inches in length.

Whether you are out on an adventure and want to catch your dinner or are heading down to your local fish market and want to know the best tasting freshwater fish to buy, all of the species above make an excellent choice. However, if you don’t prepare your fish properly, then you aren’t going to get the most out of it.

Once you have your fish, follow these simple tips to make sure that you get the flavoursome meal you were hoping for. 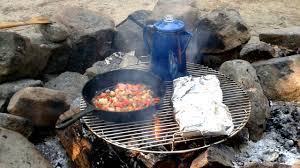 When you are cooking, you should never try to put too much in one pan but this applies even more so when it comes to cooking fish. If you put too much fish in one pan, this will make the pan less efficient and the result will be uneven cooking. Moreover, since the fish will release a lot of moisture, this will stop the meat from being able to get that nice crispy brown finish.

Each type of fish will require slightly different things when cooking. However, as a rule of thumb, you will want to make sure that the inside of the fish is cooked to around 62.7ºC before serving. The only surefire way of telling this is to use a thermometer which is an indispensable tool for any chef.

When you cook fish in a pan, you will more than likely want to use some sort of oil. The idea is to heat the oil to a high temperature, before adding the fish so it cooks quickly and evenly. The key is only to use a small amount of oil; you don’t need to go crazy! Doing this will ensure that the oil gets hot quickly.

When Is My Fish Cooked?

Using a thermometer will help you to determine when the fish is at the right temperature but that doesn’t mean that it is at its best just yet. A lot of people use the flake test which involves using a fork in a dense area of this fish and checking whether it ‘flakes’ easily. When fish isn’t cooked, you won’t be able to produce flakes and the meat will appear more translucent.

You don’t need to follow the usual cooking methods; if you want to try something a little more old fashioned then you might air dry your fish. This is something that has been done for thousands of years in order to preserve the meat owing to the lack of moisture.

You can air dry your fish using salt and leaving the meat out for several days until it dries. The salt helps with dehydration as well as preventing a build up of bacteria. But of course, you could use a modern device like a dehydrator.

Fish is a staple part of most people’s diets but there are so many varieties to choose from. Freshwater fish is in abundance in local supermarkets, fish markets and of course, in the water for anglers. But choosing the best tasting freshwater fish isn’t always easy if you’re new to the subject. All of the fish mentioned in this guide are super delicious, easy to cook and versatile. But just remember to follow our fish cooking tips to get the best results!