Whenever we meet someone who’s found a way to live EXACTLY the way they’d always dreamed, we’re bursting with questions about how they made it happen.

Sue Nunn gave up ‘normal’ life to live full-time in an old Bedford truck in France. She tells us how she made it happen. 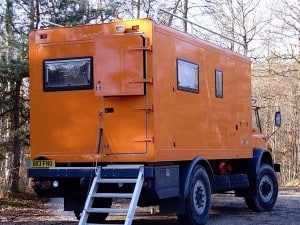 “I’m London-born, but I’ve always thought of myself as a blonde gypsy mainly because I’ve always moved a lot,” Sue told Campfire Magazine. 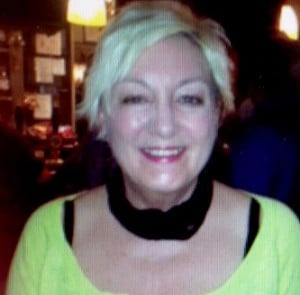 “In the UK, I’ve lived in London, Surrey, Sussex, Devon and Gloucestershire. I was a business consultant for years (ugh!) until one fine day, I knew I’d had enough.”

Sue found Bob on eBay. Sadly, though, he’d already been sold privately! She asked the seller to pass on her details

“It was love at first sight and, after ten years, the love has just grown,” says Sue.

Bob is a 1984 ex-military Bedford MJ transformed into an expedition vehicle. With sand ladders and snow chains, he can go anywhere. He has 150 litres of water, solar panels, 12v and 24v electrical supply, a shower room and a fully equipped kitchen. In fact, says Sue, everything needed for a house on wheels.

“We’ve had our share of adventures, both amazing and terrifying. We’ve parked with views that no-one could possibly imagine – on the tops of mountains, in gorges and forests, and next to rivers, lakes, beaches and waterfalls. It’s an amazing lifestyle.”

Getting there, though, took a lot of preparation. The first trip was to France, Spain and Portugal, when Sue was accompanied by her ex-partner.

“It took planning, self-sacrifice and hard graft but the trip was for a year and was amazing.

The freedom is euphoric! “ says Sue. “We encountered low bridges (Bob is 3.7m tall), and breathing in was recommended; mountain passes, general breathing to be recommended, and shrill guinea pig noises and road closures when I had to reverse for 2km – short, sharp intakes of breath essential to life itself!”

She found Europe a very free and easy place to be with her mobile home, with plenty of places to park making the adventure a lot easier!

During the trip, she fell in love with France and decided to look for an area that had all the things she liked most – lakes, rivers, mountains, hot pools, sunflowers, nature, lots of history, skiing and not too far from the Med. She chose the Ariege.

Renting out her UK home

Until now, renting out her home in the UK has provided just about enough to get by – although she’s had to learn to balance the anxiety of a fair share of nightmare tenants with the freedom it gives. 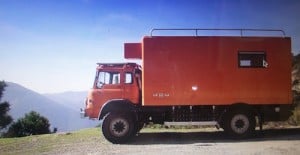 “When I was in a couple, I found I met fewer people. It was also a less adventurous experience for me as my ex was a cautious soul, and I’m a risk taker,” says Sue. “I still move around now, but I am hoping to have a base by the end of the year.”

Money aside, the main challenge has been being solely responsible for Bob’s maintenance.

“Mechanically, he’s easy to take care of but, because his ‘house’ element was built as a one-off, it’s been very difficult to find people who can repair him. I’ve found plenty of people who think they can,” she says, “which has added to the problems.” 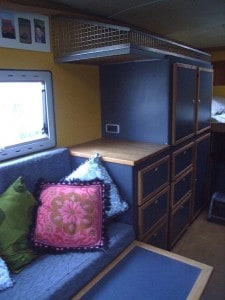 The advantage has been that Sue’s learned a lot about him and can now fix the simple things.

“The other challenge has been isolation in the winter,” she adds. “In summer, it’s an amazing outdoor lifestyle but France closes in the winter, except for ski resorts, so it can be quite a lonely existence in the winter months.”

Things might be about to get a little less lonely, as Sue’s come up with the idea of offering wild camping to paying guests, using Bob as a base. 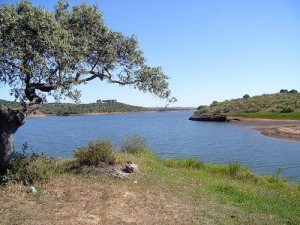 “It’s been a really creative journey, making up the backpacks, rations, campfire nights and trips to surrounding area, plus sourcing kayaks and bikes, but we’ve finally arrived. Now people can share my dream for a week.”
It’s a great idea and sounds like a magical experience away from the usual hectic pace of life. Trouble is…we can imagine wanting to stay!