Most of us are familiar with traditional types of camping and many of you reading this will have been on many a camping adventure. But there is a new wave of campers that are treating this conventional activity as something a little more risky.

Urban stealth camping is becoming more and more popular but what exactly is this trend and more importantly, is it legal?

In short, urban stealth camping is the act of living, for a short period of time, in an urban environment in either a tent or other temporary accommodation. However, since the practice often involves setting up camp on private land or land that is owned by councils and other authorities, it is not always considered legal.

In this article, we want to explore this stealth urban camping and find out what it involves and why it has become such an apparent trend.

Urban stealth camping is a form of camping where a person would set up a tent or perhaps a van in an urban area and live there for a limited amount of time. Of course, it is difficult to ignore the stealth portion of the name and many people would wonder where that comes from. 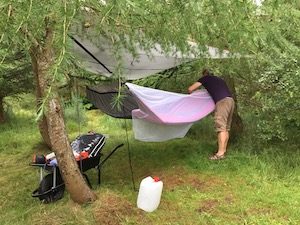 Quite simple, those who take part in urban stealth camping do so whilst trying to go unnoticed by the world around them. This might be particularly difficult in an urban location since so many people are typically going about their day.

However, that is not to say that urban stealth campers are inconsiderate of those around them. Quite the opposite. While there are people who may sway from the norm, it is considered that the fine art of stealth urban camping is to go undetected even after you have left. This means not leaving any trace that might suggest you were ever there. We are often asked Is It Legal To Live In A Tent On Private Property?

Why Is Urban Stealth Camping So Popular?

You’re likely reading this article after either unearthing an urban stealth camper of having heard about the activity through someone else. But whatever makes you curious, one of the most common questions about this is why so many people are getting involved.

In reality, there are several reasons why someone might do stealth urban camping. Primarily, there are those who love the thrill of not wanting to get caught. This might sound heart-pounding for some people but there is scientific evidence to suggest that this type of behaviour can be extremely rewarding and satisfying to others.

As it happens, when people with high thrill-seeking natures are exposed to situations where there is a risk, this activates certain changes in the brain.

There are some people who do urban stealth camping in places where they have not sought permission from the landowner and that is entirely at the discretion of the participant. But for some, this heightens the risk and finding creative ways to cover their tracks is all part of the fun for them. 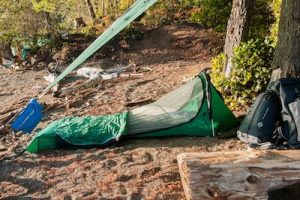 But this is not the only reason that the activity is so well-enjoyed by many people; sometimes, it comes down to a need rather than a want.

In modern times, we are fortunate enough to be able to travel the world freely, for the most part, but doing this can come with a hefty price tag. Fortunately, there are a lot of budget accommodation options that see young people and those on a lower income still able to explore everything that the world has to offer.  We also call this term wild camping, we’ve written about in the past here in Campfire Magazine.

But what happens when funds are running low? Urban stealth camping is what happens, of course. This method of accommodation allows those whose budget is tight to visit their urban bucket list locations without the hassle of having to fork out for a pricey hotel room or bed and breakfast. Make sure you have suitable camping toilet facitilies packed.

Furthermore, there are those who will do stealth urban camping in a location not far from their own homes. Living in the city can feel a little tiresome from time to time and it is not unheard of for those who cannot get out of the city to simply camp within it.

There have been reports of urban stealth camping in some extremely obscure locations such as roundabouts and even churchyards! You can even camp in your car

How To Do Urban Stealth Camping Properly

If the urge to do urban stealth camping has overtaken you, then one of the first things that you will need to do is to plan your trip. You cannot merely decide after dinner that you are going to grab your tent and rock up on the side of the M25 for the night. 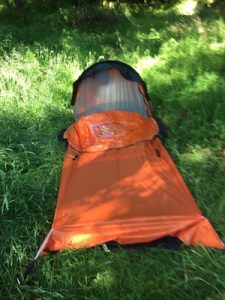 According to one of the leading stealth camping websites in the UK, planning is critical and while the activity can also be done in the wild, urban planning may take a little more thought. For stealth campers who are exploring the countryside with a tent for shelter, one of the biggest problems is dog walkers since dogs will quite often come exploring, disturbing the camp and alerting people to your presence.

However, an urban environment, there are many more chances to be caught. You might first like to think about why you are intending to do urban stealth camping. For some people, this is a way of saving money but for others it is merely because of the thrill.

If you fall into the latter category, you should ask yourself whether it is worth the risk. Heading into an urban area, particularly an inner city, does pose a lot of dangers, especially after dark.

There is the risk of being confronted by someone leaving a city bar or club who is under the influence of alcohol and it is not uncommon for people in this state to become aggressive. Furthermore, in some parts of larger cities, crime rates are much higher, particularly at night and this does put you at risk of becoming a victim, if you are caught.

For this reason, if you are planning to jump on the bandwagon, it is vital that you do some research and look into the safest areas that are well away from local nightlife hotspots and places where crime is rife.

You might also have some alternative locations. If you arrive at your chosen spot to find that it is already occupied, not as safe as you thought or there is nowhere to conceal yourself, you might need to rethink things. What’s more, if you are asked to move on, rather than heading home, you might want to move to an alternative location.

Urban stealth camping has become more and more popular in recent years and if you look closely when visiting a city, you might just be able to spot a stealthy urban camper hiding away where you would least expect to see a tent.

But what’s so great about setting up camp in the middle of the city? For a lot of people, it is merely the thrill of being caught, whereas others use this and a free form of accommodation while visiting a city location.

In England and Wales, it is illegal to camp anywhere without the permission of the landowner so urban stealth campers are risking being asked to move on and if they do not, further legal consequences could follow. However, most of those who practice urban stealth camping do so with respect for their surroundings and will leave the space they have occupied in a pristine condition.