The sound of the ocean waves, a BBQ under the stars and nothing but everything that Mother Nature has to offer; what could be more relaxing and beautiful than camping on the beach?

However, one of the most common concerns of outdoor lovers is whether they will incur a penalty for pitching their tent along the coastline. The fact of the matter is that wild camping, as it is known, and the laws surrounding it will vary dramatically depending on where you live.

In this article, we are going to explore this problem and find out exactly what you can and can’t do on the beaches of the UK. 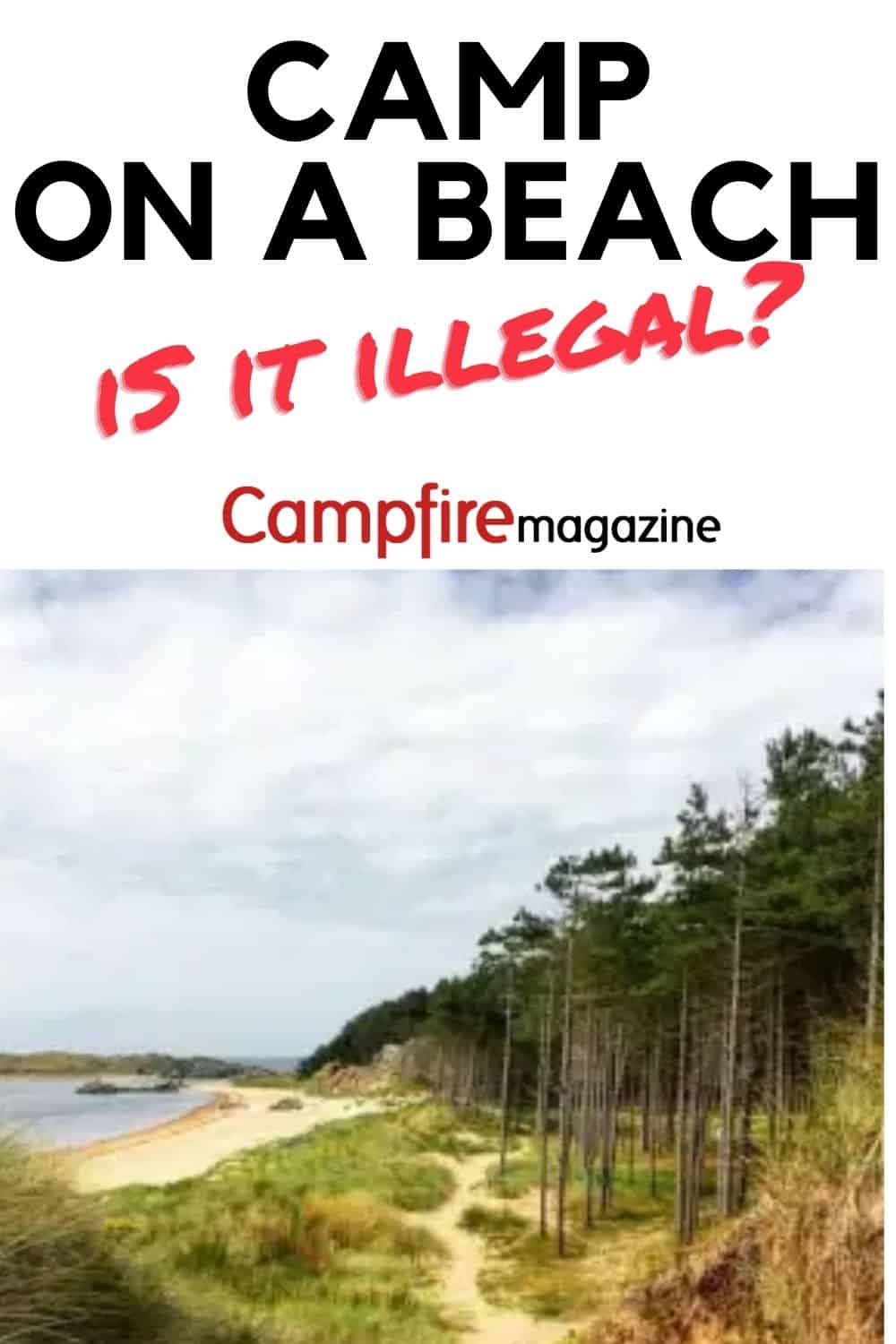 Table of Contents
1
What Is Wild Camping?
2
3
Is It Legal To Wild Camp In The UK?
4
What Are The Rules For Wild Camping?
5
What Am I Risking If I Do Not Comply?
6
Conclusion

What Is Wild Camping?

Wild camping refers to any type of camping that takes place outside of an organised campsite. This includes places such as beaches and the general idea is that this experience gives campers a more rugged, wild and free form of camping.

Is It Legal To Wild Camp In The UK?

The United Kingdom is fortunate to have thousands of stunning organised campsites and while these are exceptional in many cases, a lot of people want to experience the true, natural beauty of this often under-rated country.

With mountain ranges, woodland, rivers and glorious beaches, England and Wales have a lot to offer. If you are planning to camp on one of the many British beaches, you should be aware that wild camping is, in fact, illegal in England and Wales.

However, that isn’t to say that you cannot do the activity, it usually requires permission from the landowner and this will come with certain rules and obligations.

Not many people are aware of the fact that every piece of land in the UK is owned by someone. There aren’t pieces of unspoilt wilderness such as a craggy beach that are there for the taking. As such, when you want to camp on these, you must find out who they belong to and whether they’ll be happy with your presence. We even wrote an article about how you can even buy a wood of your own.

Conversely, if you are in Scotland, you’ll be pleased to hear that wild camping can be done pretty much anywhere you feel the urge to pitch your tent. That being said, you are still not permitted to camp on farmland or any other sort of private property. However, much like in England and Wales, there are rules.

These rules are not set in stone but one might almost think of them as being a code of conduct for wild campers. These rules mean that campers can enjoy the beauty and splendour of the Scottish coastline without spoiling it for others.

What Are The Rules For Wild Camping?

When you head out into the wilderness and set up camp, the last thing that you will want to do is to disturb nature. The idea is that you enjoy what nature has to offer but leave it in the same way that you found it. While most of us are respectful of this, there are some people that have a much more lax approach.

Therefore, a set of rules have been laid out which apply when wild camping in Scotland. However, these rules should also be followed when camping in England and Wales after having gained permission from the landowner.

What Am I Risking If I Do Not Comply?

There are very few people who would  actually want to get into trouble with the law so when you are considering wild camping, you should make sure that you comply with the laws and regulations that are in place.

While it is highly unlikely that camping in an extremely remote location would result in your removal, the police do have the power to do this. However, in most cases, those who are quietly camping would not be as much of a problem to the police as those who were disruptive.

According to the Criminal Justice and Public Order Act, camping in locations where you are not permitted to do so could result in trespass. While trespass is not an arrestable offence, if you refuse to leave when asked to do so, this would then be escalated to a criminal act which could see your arrest and potential prosecution. It would be impossible for us to inform you of the outcome of this as the court ruling would be based on the individual circumstances.

But to avoid all disruption, it is as simple as keeping to the laws.

Wild camping is something that many people enjoy and the beaches along the British coastlines are incredibly beautiful. It is little wonder then that people want to spend the night here. But in doing so, you could be breaking the law.

In Scotland, campers are free to pitch a tent anywhere, as long as it is not farmland or a private garden. However, in England and Wales, you must have the permission of the person or organisation that owns the land.

Once there, you should be respectful and follow some general guidelines to keep the beaches pristine and an excellent condition.