We love campfire cooking, but the kit you need isn’t always easy to transport to a campsite or the beach. It gets mucky, and then everything else gets mucky too!

So, we like the look of the collapsible tripod sets (also called kotlich) that give you versatile campfire cooking and packability. 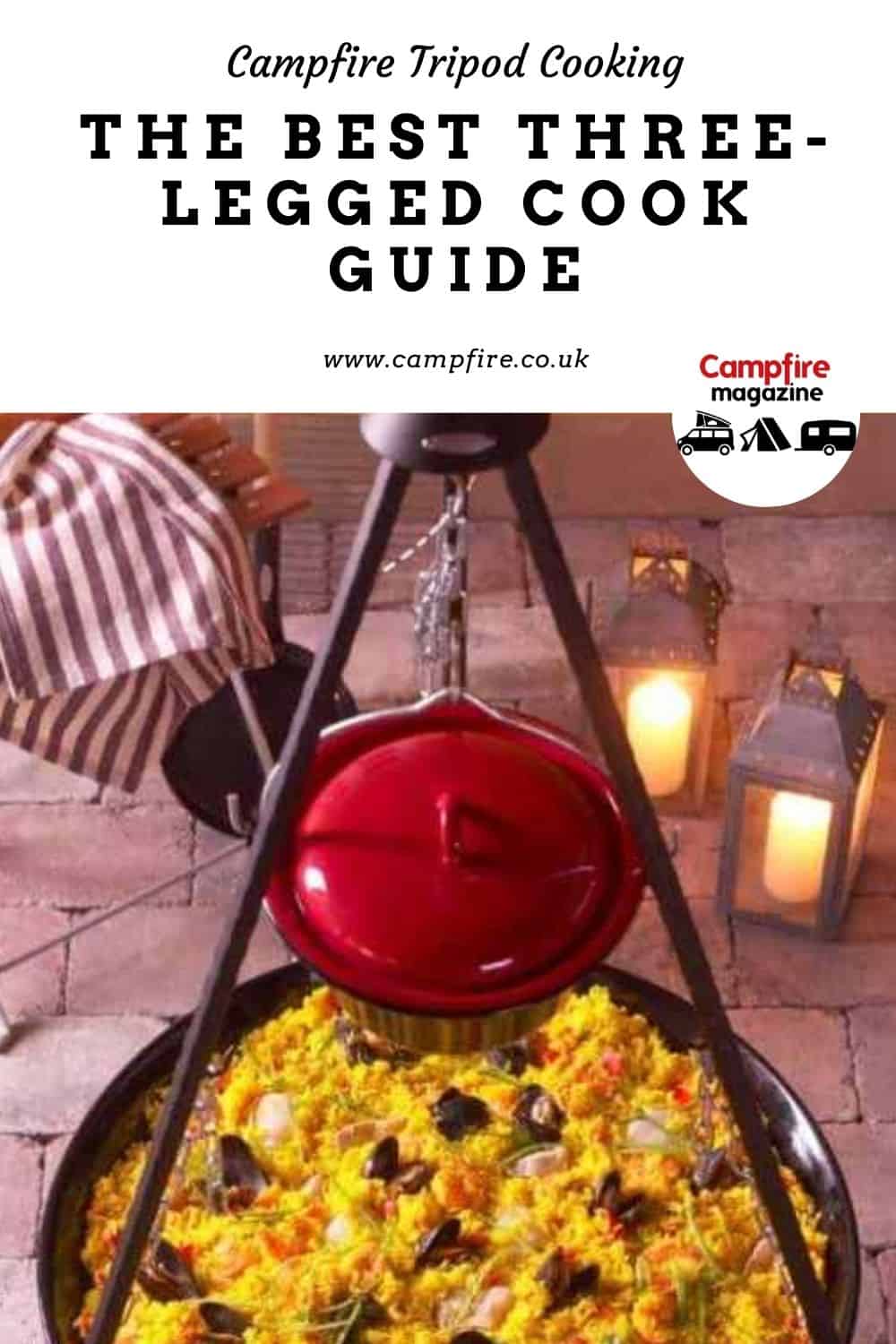 At their basic, tripod campfire sets are three metal legs with chains, from which you hang a pan, a grill and so on over the flames.

These tripod-style campfire cooking sets are designed for meals with friends and family. They’re an occasion! Potatoes or vegetables can cook in the pot over the flames to begin with. When the flames turn to live coal you can barbecue the meat or veggie alternatives on the big grill grid, putting bread on the outer sides of the grid. 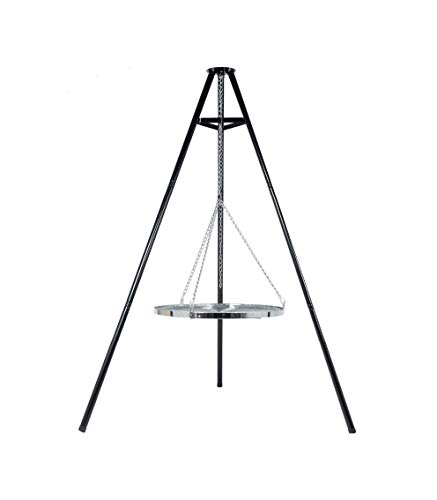 A simple design at a good price, very easy to take out on trips with you, and to move the food higher when it is cooked enough but you just want to keep it warm. Easy to take apart and wash after use. 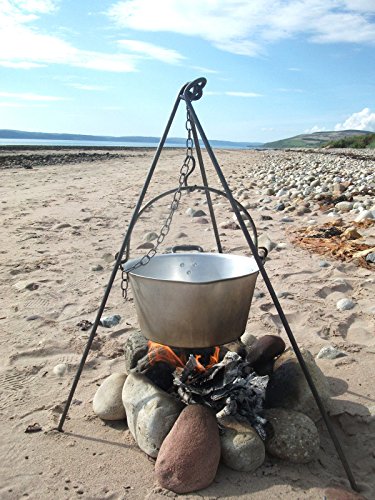 A lovely hand-forged, British-made iron campfire tripod from Arrowsmith Forge. Lightweight at 2kg which is good considering it is made from heavy duty iron and can hold upto 130lb in weight! 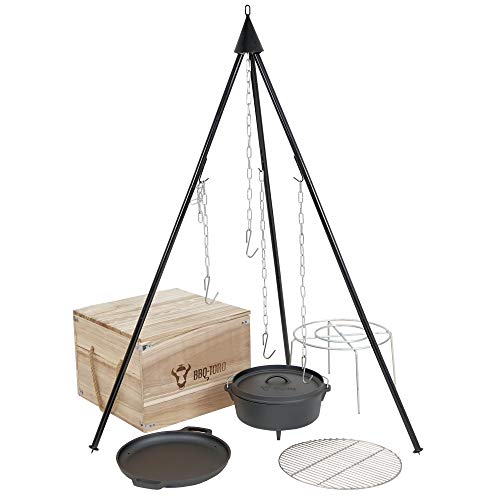 Third option is a great value one from BBQ-Toro, with all the accessories you need, including:

If your looking for the full package you can pick up and go this could be for you. 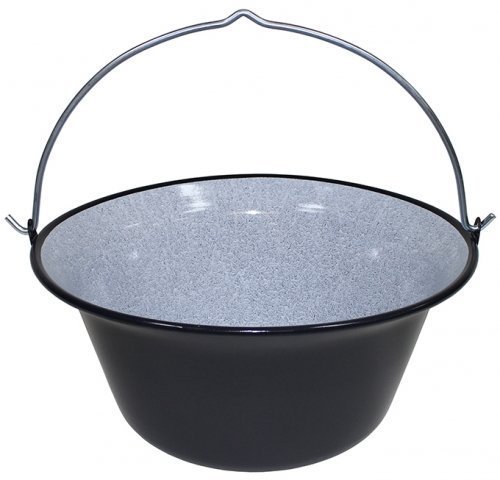 Hanging pots with enamelled interiors. lovely to look at and fantastic for traditional stews and paprikash. 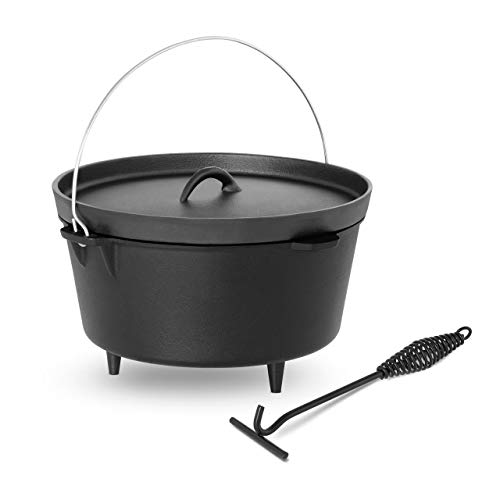 These substantial pots are usually made of cast iron and have a handle to suspend them from the tripod.

The lid can often be used as a frying pan or pot too.

Lots of sizes to choose from. A good price for a family-sized pot that’ll last you a lifetime. 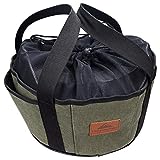 A handy little extra to have is this Camp Dutch Oven tote bag to store your pan and also has a pouch for your utensils.

How to cook in a kotlich 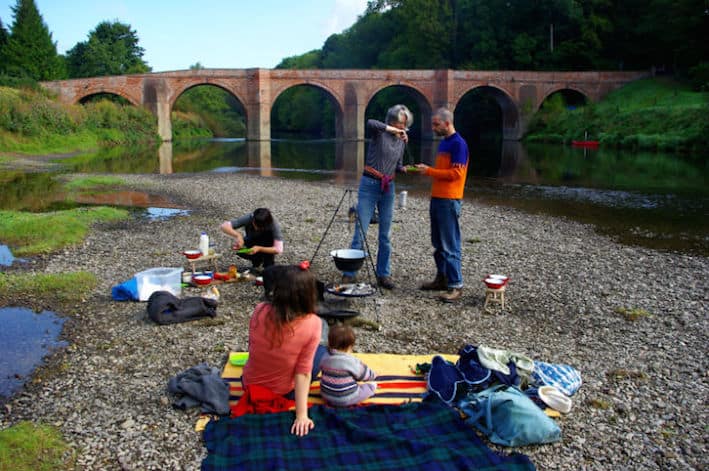 A typical stew (often a paprikash) is started off by frying onions, garlics and spices in hot oil.

The meat’s added and then the kotlich boils fast without a lid. The stew is cooked in much more liquid than we would normally use in a casserole.

This is cooking by reduction. After an hour and a half, the contents will have reduced by nearly a third, to a thick tasty gravy. The rolling boil, in lots of liquid, means that the meat is kept moving and doesn’t sit on the bottom and burn. Potatoes are often added during cooking and these contribute to the thickening process by releasing starch.

It can be simple too. Set up your fire on the beach, pour some tinned tomatoes, precooked chick peas and smoked sausage or chorizo into the pan and heat. In half an hour you’ll have a delicious stew. You just need to remember to maintain enough stock so the meat and vegetables are kept moving in the kotlich. 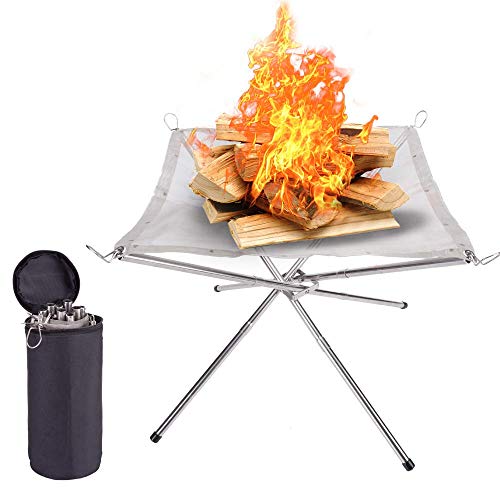 Here’s an idea for avoiding ground scorch under your campfire. This portable mesh campfire keeps the burning logs off the floor and makes it easier to clear up the ash afterwards.

Folds to next-to-nothing and stores away in a neat bag. Lots of brands make the same thing, by the way. We chose the cheapest and fastest delivery option (at the time of writing!) 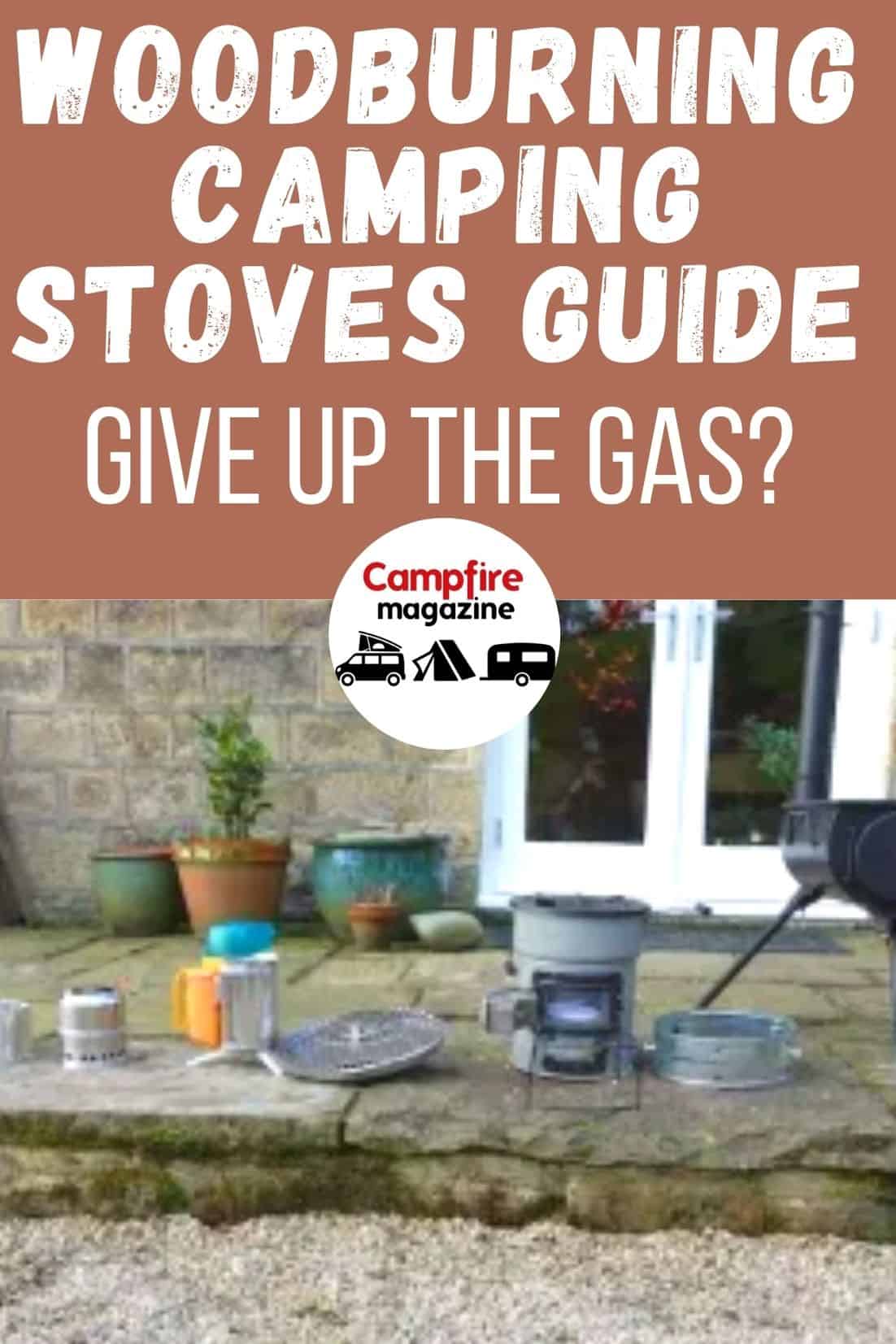 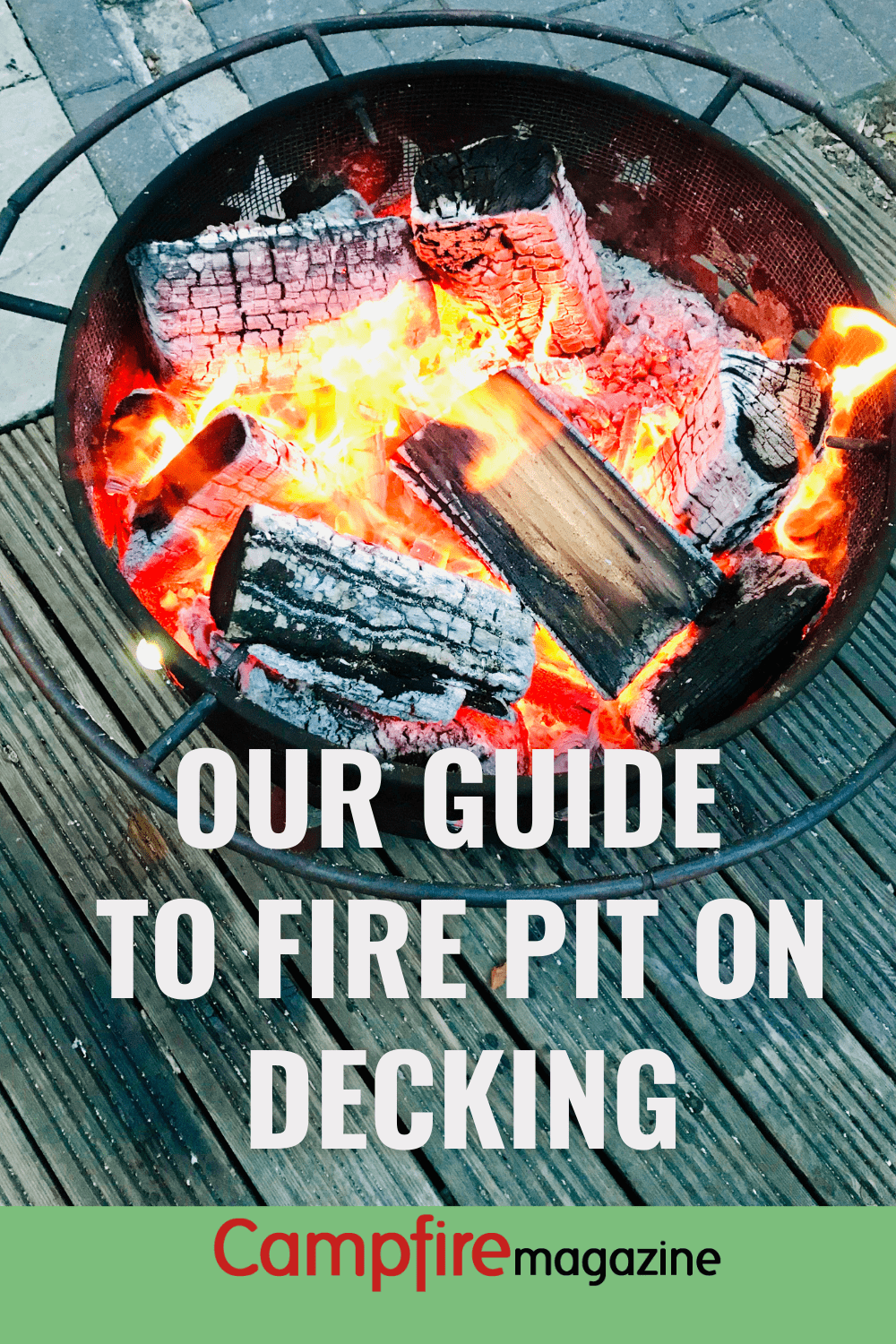