If you’re heading out for a day at the beach or going to a family barbecue, you may be looking for a good game to keep everybody entertained - that’s where Bottle Bash takes over!

Read on to find out what Bottle Bash is and how to play this fun (and highly competitive) game. 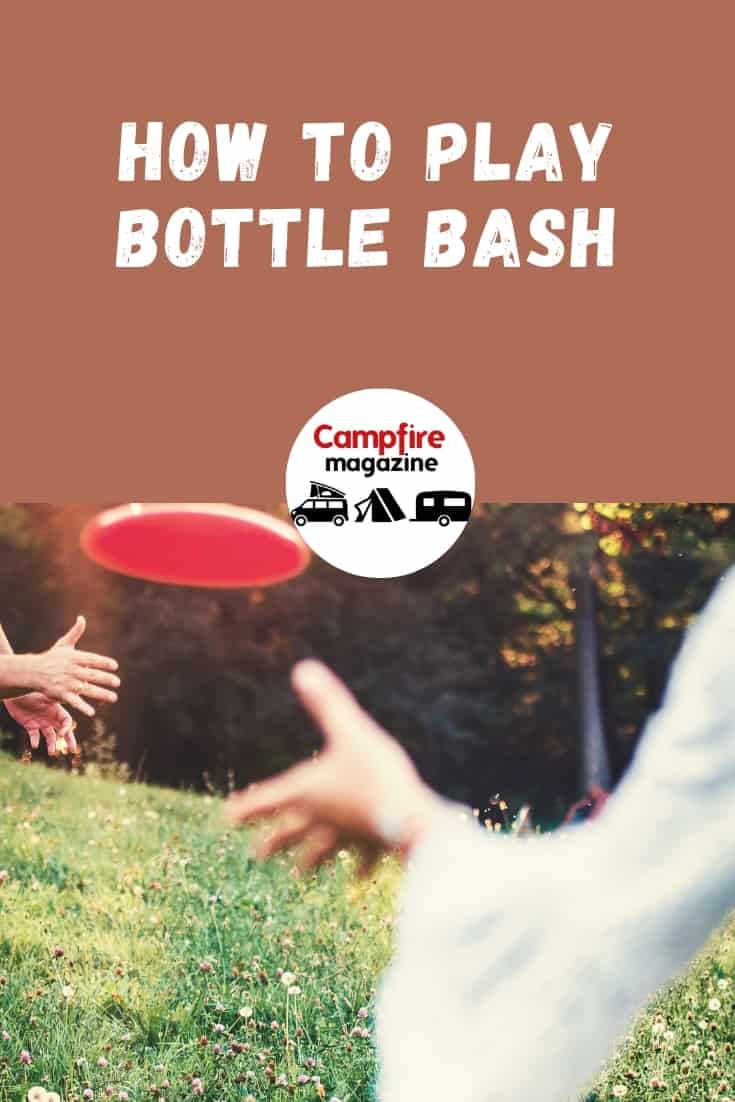 Table of Contents
1
What is Bottle Bash?
2
Aim of The Game
3
How to Play Bottle Bash
4
Scoring Points
5
Rules
Rule #1
Rule #2
Rule #3
6
Setting Up
7
Helpful Tips to Ensure A Great Game of Bottle Bash
8
Winning Strategies
9
Where Can I Play Bottle Bash?
The Beach
The Park
Parties
10
Before You Hit The Beach

What is Bottle Bash?

Bottle Bash is a frisbee game created by Poleish Sports that puts your frisbee skills to the test. This fun outdoor entertainment is a team game that can be played by anyone, and all ages are welcome.

If you think you’ve got what it takes, Bottle Bash is the game for you!

As long as you have ample space, Bottle Bash can be played anywhere at any time. It is a great way to socialize, and adding alcohol for losers only makes it all the more memorable - or unmemorable?!

If this sounds like something you could see yourself doing, keep reading to find out how to play and what rules you need to follow to have a chance of being the Bottle Bash King or Queen!

Aim of The Game

The object of the game is simple and involves throwing the disc at your opponent’s bottle or pole. The opposition has to catch the disc before it hits the bottle and one or both items touch the ground. If the bottle, the disc, or both touch the ground, then your team scores a point.

How to Play Bottle Bash

Playing a game of Bottle Bash requires two teams of two players. This ensures that players have a good defense against the opposing team.

The game starts with one player from one team throwing the disc at the pole or bottle. If it tumbles off or the disc hits the floor, then they have gained a point. The opposing team should do their best to prevent the disc from tumbling the bottle.

So how do you score a point in a game of Bottle Bash? This points scoring system is pretty easy and keeping your eyes on the disc is the best way of a sure win. Points can only be scored by the team that is throwing.

Three points is the maximum score per throw. If the defending team catches both the disc and the bottle before they touch the ground, they are awarded 3 points.

Bottle Bash can be played until one team reaches a total of 21 points. However, you can play Bottle Bash for as long as you like, and rules are there to be broken, right?

Below is a list of rules that must be followed in order to play a proper game of Bottle Bash.

The disc must be thrown in a way that enables the other team to catch it. This means you cannot throw the disc too far or out of range that would make it difficult to catch.

You will notice a “Low Disc Zone” sign located near the bottom of the pole. If the disc hits this area when thrown, then the throw is not valid even if the bottle falls off the pole.

Points are not valid if the disc is guarded. This means if your opponent blocks the disc before it hits the pole or bottle, then no points will be awarded.

The beauty of Bottle Bash is that it is so easy to set up. Simply grab the pole and ease it into the grass or sand before placing a plastic bottle on top. And there you have it - you’re ready to play a game of Bottle Bash in less than a minute!

Helpful Tips to Ensure A Great Game of Bottle Bash

While playing Bottle Bash on a sandy beach is perfectly fine, do not immerse the pole in saltwater as it will corrode and rust.

Another tip is if you only have two players, you can still play. Make the game even more fun by trying to catch a tumbling bottle on top of a caught disc - 3 points to you!

Do not use glass bottles on top of the pole. This is especially important if playing Bottle Bash on the beach as smashed glass can quickly be covered by sand and stood on with bare feet - ouch!

It is recommended that players use the disc included in the game instead of frisbee or other disc-like objects. Frisbees are made from a hard material that may injure your opponents.

Only hardcore gamers will plan a strategy to ensure a Bottle Bash win. Splitting tasks between yourself and your team member is a great way to keep your eye on the prize.

If one person focuses on the pole and the bottle, then the other player can focus on the disc, which will help to seal your fate as outright winners!

Remember, Bottle Bash is a fun game and not something that should be taken too seriously! Don’t get too caught up in winning, as this can make other players aggressive. Throwing your disc out of range or too far will make it hard for your opponents to even have a chance of catching it, which leads to unfair play.

Where Can I Play Bottle Bash?

Bottle Bash is best played as an outdoor game in an area where the pole can be erected by being pushed into the ground.

The best place to play Bottle Bash is at the beach, where the sand is soft enough to anchor your pole. You may even draw a crowd to entice others to play!

Bottle Bash is a great game to take along with you when spending a long day at the beach to provide entertainment when boredom kicks in.

Off to the park? No problem! Bottle Bash is the perfect game for a long summer’s day out to the park, along with a picnic.

As long as you are set up in a large grassy area, a game of Bottle Bash is a guaranteed way of bringing family and friends together for an unforgettable day of unfiltered fun.

You can’t go wrong when you bring Bottle Bash to a party! This game is ideal for social events and is an ideal game to play if you want to get the party started.

Bottle Bash is an endless game of fun, so you can choose how long you want it to last. While there are set rules, we know that not everybody likes to always stick to them, and more often than not, users tend to create their own rules.

You can even bring alcohol into the game by getting the losers to take a shot of their choice when they lose. However, it is important to always drink responsibly and not get too drunk, or you’ll risk losing the game!

Before You Hit The Beach

Bottle Bash is a game of skill and provides hours of care-free fun that you can enjoy with friends and family. Whether you are hitting the beach or spending a day at the park, Bottle Bash is the only game you need. Easy construction of the game means it won’t take up much room in the car or even in your backpack. Put your skills to the test with a competitive game of Bottle Bash.